“All I want to know is where I’m going to die, so I’ll never go there.”
-Charlie Munger (Billionaire Investor)

The concept of Inversion is essentially looking at how to achieve the opposite of what you want, and simply avoiding that. Take obesity for example, adding vegetables to your diet, joining a gym, drinking protein shakes, and daily cardio won’t solve the problem because it doesn’t address the actual cause.

Instead if you asked “what should I do to gain weight?”, and avoid those things the problem of losing weight becomes simple. I think most people know how to gain weight. Eat lots of food all of the time, eat fast food, refined carbs, ice cream, lots of soda, ect. Pretty simple. So then DON’T do those things. If you eat less food (especially sugar/refined carbs), you will lose weight. It’s that simple, doing anything besides eliminating the causes won’t work very well. (I will probably write an article on weight loss, as I lost 30 pounds this spring)

How to be broke

When people are broke Boomers will give advice like “work harder and get a raise”, “go to college”, “invest in mutual funds”, “go to grad school”, “vote for Bernie”. While those things might help, they’re not addressing the actual causes of being broke. A lot of problems are best solved backwards and avoiding the cause.

Here are some surefire methods of how to be broke , hopefully with this knowledge some of you guys will avoid them and will be better off financially.

Get a degree for no reason

Some professions require a degree and do pay very well. Such as: an Engineer, Accountant, Programmer, Nurse, or Pharmacist.

The problem is many professions don’t require a degree and don’t pay well, or worst of all no jobs exist in the field you studied. Fields such as Anthropology, Philosophy, or Art History might all be interesting to study, but this knowledge simply isn’t marketable. Sadly schools will still accept students money, regardless if the degree helps them make a living or not.

“It doesn’t matter what you study as long as you’re passionate about it” This may have been true for boomers, but today degrees are much more common, and much less valuable. 40 years ago getting ANY degree may have been worth it. Now it’s not the case.

Education certainly has a price, if you want to be broke, going to a fancy school for your useless degree on a Loan is a good way to do it.

The Woman in this video for instance got a degree in Drama and Communications at a very expensive school. She works as a receptionist which she could’ve done without the two degrees. She owes around $120,000 at 7% interest. Only about $14,000 of the principle has been paid, while around $50,000 has paid off interest. If she doesn’t start making larger payments soon, she could end up paying 5 times the initial loan in interest.

I don’t blame her by the way, she was 18 when she took out the loans and did what she was advised. This is a failure of boomers, teachers, and the government guarantee of student loan payments.

Stay at a bad job and wait for a raise

If you know a job is crap and a dead end, don’t take active steps to find a better one.

Also make sure you don’t have any money saved, that way you can’t take any risks such as interviewing and missing work, spending time learning a new skill, or starting a side business.

Purchase a New Car on a loan

A great way to be broke is to spend lots of money on something completely unnecessary.

Can a used $5,000 car do everything a $50,000 can? It sure can. Does a loan for something that loses value over time make any financial sense? Nope.

A quick to stay broke forever is to spend more than you earn. Compound that (literally) with credit card debt and being broke is inevitable. Since you’re spending everything you make (or more), there’s going to be lots of times where you need to buy things (such as food, medicine, clothes) and are out of money.

Have a Kid when you’re already broke

Can you barely support yourself financially? Why not have a baby to support as well? At least you’ll save money on condoms.

Live by yourself for no reason

Roommates are the worst, you might have to share a Bathroom and they might be messy! A good way to stay broke is to pay double for rent and expenses for no reason.

Get addicted to drugs or alcohol

Alcohol and drugs are great for becoming broke, not only are they expensive and terrible for your health, but they impair every other decision you make in life, including financial ones.

Have a Gambling addiction or play the Lottery

Why don’t wealthy people play the lottery? Probably because it’s a massive scam. Not only are the odds of winning essentially 0, most winners tend to lose it all in a few years due to poor financial skills (maybe there’s a correlation here).

There’s reason the lottery is also known as the poor person’s tax. 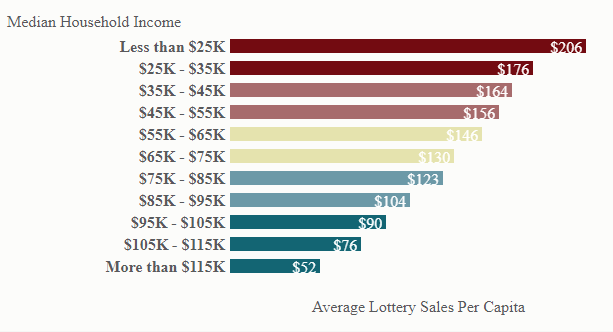 If you want to make more decisions that will guarantee you becoming broke, Baby boomers are a great source for terrible financial choices.

“A house is the best investment you can make”

“There’s no price too high for a good education”

Are a few decent examples.

If you want to invest in yourself, sacrifice your current time and money to help your future self.

If you want to be broke forever, sacrifice the future for the now. Spend everything you make, don’t invest your money, and waste time instead of using it to gain skills or improve yourself.

Most of all, blame everyone but yourself for your problems

A lot of things in life are truly out of your control. Tragedy, bad luck, and misfortune are more common than not. Expecting to life to be easy, things to go your way, or a run of good luck won’t get you anywhere. Taking responsibility for bad choices and changing is the only way you can hope to fix your life.

If you want to be broke forever, blame the politicians, blame the boomers, blame your employer, blame society, but never under any circumstances blame yourself.

Thanks for reading! This was a hard article to write. I know its been a long time since the last one; I’ve been pretty busy lately but hopefully I can get more articles out than one a month. I hope you enjoyed it and PLEASE let me know what you think in the comments. God bless.

About Poopbutt101
Poopbutt101 is a youtuber, streamer, and writer. He is from Florida, a Christian, and a beast.
comments powered by Disqus