Disclaimer: For the sake of this article, just consider me a centrist 👍 Also, if you’re reading an article by “poopbutt101”. Please don’t get too offended by it…

In modern politics, the terms “left” and “right” can describe someone’s political leanings while at the same time telling you very little about what they actually believe.

As this is an election year and things have become extremely partisan, understanding modern political divisions is useful regardless of where you stand. You’ll encounter situations where people don’t align with you politically and it’s important to have an accurate representation of what they believe. In my opinion, the single biggest factor in someone’s politics (more than party) is their economic class.

The main theme of right wing politics is, “the system” is good. If it isn’t broken, don’t fix it. Or at the very least, changing it could make things worse.

This group would be considered the true Conservative in the sense of the word. Their family income is high/above average. They’re likely married with kids, have a good life, and mainly want things to be stable. Life is good, or at the very least is improving. Democracy and capitalism worked for them, so why change things? 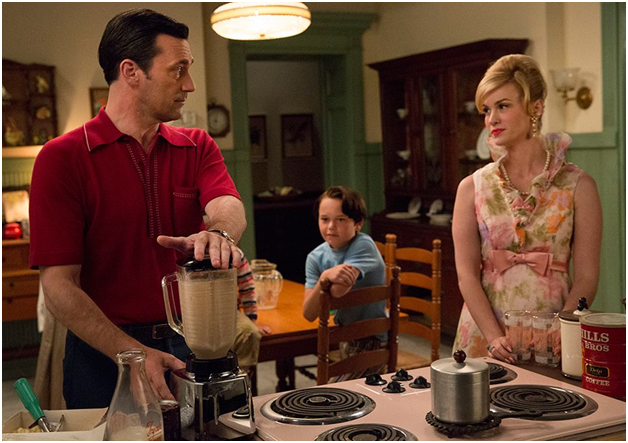 For conservatives, the main threat to the good life is the misguided left, those who want to change things. The political media they do consume, such as Fox News, tends to focus on the dangers of the lower-class left (which we’ll explain later).

This faction would be considered more Populist than conservative. They tend distrust authority, especially politicians and those in power. Life isn’t great, but it would be better if the corrupt elites were dealt with. Conspiracy, corruption, “big-government”, Jeffery Epstein, “draining the swamp”, Q-anon, George Soros, and the “deep-state” are a few buzzwords that come to mind. They’re more political, which makes sense considering their worse economic conditions. They hold now taboo or “problematic” beliefs, that were considered acceptable in the past, and are the punching bag of the media. 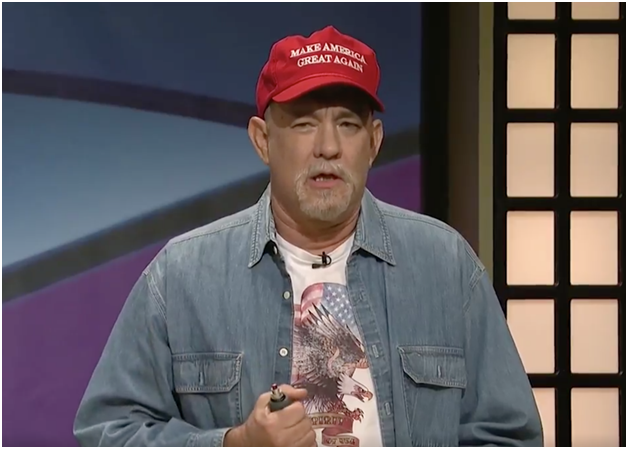 SNL doesn’t parody small business owners that want lower payroll taxes. SNL jokes about the redneck from Alabama that votes red, collects guns, marries his cousin, and doesn’t trust those who look different from him.

The defining characteristic of the left is “change”. The system isn’t working and must change. In general, the left tends to be more political than the right. Which makes sense; If the current system works okay, doing nothing or playing defense is how you’d behave.

In modern politics, the upper-class left are known as Liberals. Liberals believe the system is flawed, but they got lucky. The opportunity was there for them, but it isn’t there for everybody. They were born in the right place at the right time, had a better education, wealthier parents, born a man, or any other perceived advantage. While simultaneously believing most outcomes are not merit driven, the liberal believes powerful institutions such as the government, finance, education, and news media are trust worthy.

Most of their time is not spent on policy, but on criticizing conservative leaders, for being corrupt; or spent laughing at lower-class conservatives, for being backwards. 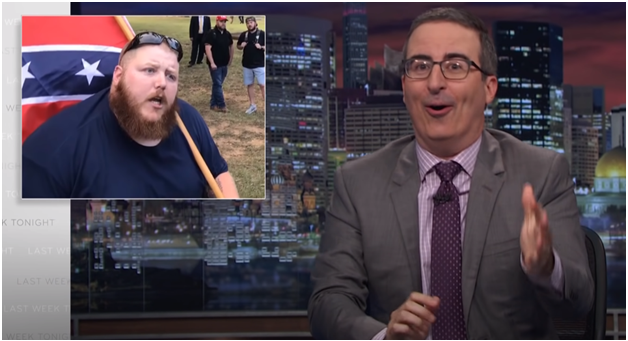 The Lower-Class Left in contrast, spends a great deal of focus on systemic issues. Disparities of wealth, education, crime, status, are caused by individual or collective oppression. If the lower-class right is considered Populists, then the lower-class leftists would be considered Marxists.

In contrast to the upper-class left, Marxists consider most institutions as harmful; either directly or indirectly, due to institutions’ oppression and indifference, which leads to disparities of outcome. 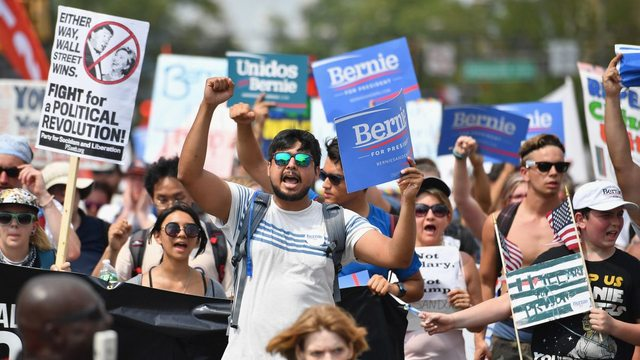 Historically, economic outcomes were the Marxist’s major focus. However, in modern American politics, disparities of any group outcome (race, gender, sexuality, etc) are at play. As mentioned earlier, Marxists are the main concern of the upper-class right (conservatives), as they want the most radical change.

I’ve created the 2x2 grid below to better visualize the American political landscape. 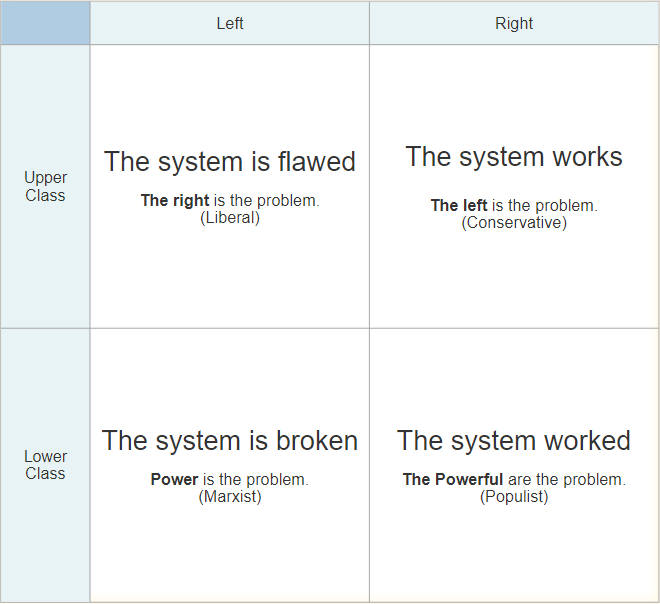 For the Upper-Class, Left versus right seems to focus more on playing partisan politics and pointing out the flaws of the other side. The Liberals watch late-night comedy and CNN, while the conservatives watch Fox News.

For the Lower-Class, Left versus right tends to focus on the cause of societal problems. The right (Populists) blames those in power; while the left (Marxists) blame power itself.

For both lower-class counterparts, things seem much less equitable and thus the politics is less of a partisan sporting event and more grounded in ideology & outcomes.

I’m not sure if the current paradigm is sustainable longterm; As power continues to become more concentrated and corrupt, perhaps the lower classes of both sides will unite politically…

This post is of course is an over generalization. Many people have beliefs that are not represented at all by this model. A lot of people can have very fringe beliefs and hold a large array of beliefs simultaneously. A lot of people don’t care about politics at all; and there are many people who care more about The sportsball game, the new Star Wars, their Pokemon-Go Rank, and Kim Kardashians’ latest ass pics. In the 2018 election for example, only 49% percent of eligible voters even voted. 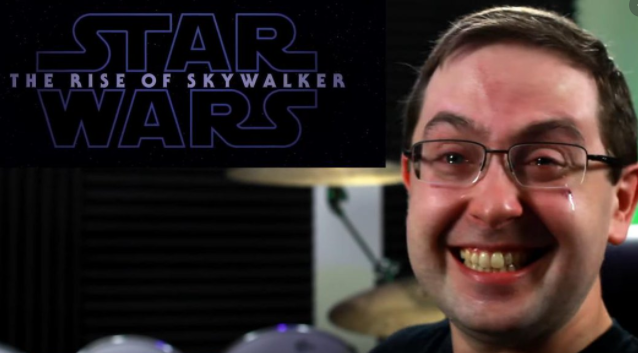 Besides not caring about politics, a lot of people aren’t intelligent enough to have beliefs. They simply parrot whatever political propaganda they’ve last heard on television, repeat what their family and social group say, or they repost the most recent thing from their Facebook timeline. 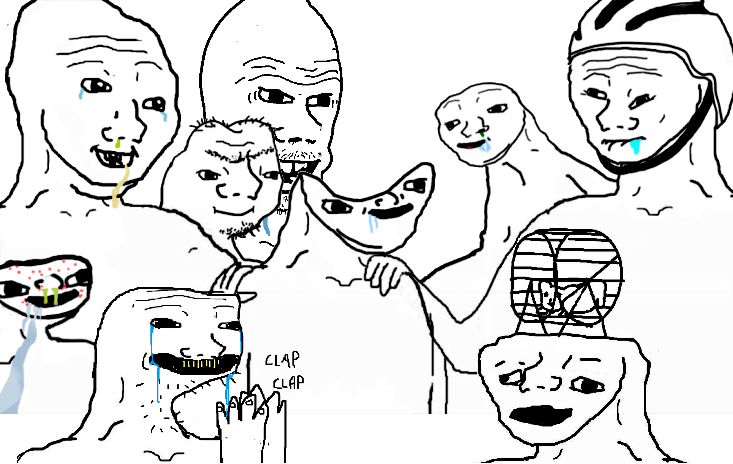 In general though, someone’s social class will tell you a lot about their politics, and can be quite helpful.

Thanks for reading! I hope this article gave some better perspective on American politics and maybe preserve some of your sanity before November. Let me know what you think!

About Poopbutt101
Poopbutt101 is a youtuber, streamer, and writer. He is from Florida, a Christian, and a beast.
comments powered by Disqus